Surf lineups everywhere are organized, even in their more chaotic moments, first and foremost by the rule of right-of-way. The rule itself is more or less the same the world over, but readily adapted to changing conditions. Surfers rely on it in the governance of our common affairs and we are constantly re-interpreting its meaning depending on wave scarcity or abundance, and adjusting our expectations accordingly.

Under conditions of relative abundance, who is in position is easily discerned and usually plain for all to see. As the crowd thickens, or the waves go inconsistent from a long lull or a tide change, the zone for position tightens and it becomes less clear to anyone when right-of-way is held. As abundance turns to scarcity, the move to gain position can become aggressively competitive. Perhaps you block the other surfer’s paddle momentum, forcing him to pull back. He’ll be mad about this. If you blocked as a tactic, this would be an affront to courtesy, which forbids flagrant interference. On the other hand, if your interference was inadvertent—just caught up in the hustle—then, you know, so goes a scrum.

Even in a crowd, you can still find the peak position in which you know, and everyone can see, and you know that everyone can see, that this wave is definitely your wave. A sense of satisfaction wells up in these moments. There’s nothing like assurances that one’s rights are, for the moment, secure. And now, if some guy drops in, violating your right to have him yield, you’ll have strong and confident grounds for grievance. Except achieving this position is often more luck than skill, if only because who is in any position is often not obvious in the thick of fast action.

This point of unclarity among different people from different points of view, each with his or her own maybe self-serving reading of the situation, is the main cause of quarrels and fights. The surfer who was dropped in on protests. The surfer who dropped in rejoins. If the disputants argue and don’t agree, then maybe the exchange of reasons is over, and they become physical. After a punch or surfboard jab, the fight is to settle who shall be regarded as the “not to be messed with,” but not, of course, who was originally in the right. Surfers do not believe that might makes right. Yet the contest of posturing, intimidation, or force often does settle right-of-way for the future (de facto if not de jure). Someone who is ever-willing to do battle, his reputation formed, will thereafter get more waves. People tend to steer clear of an asshole.1

The surfing lineup is a case of “spontaneous order,” an emergent social practice, which no one formally agrees to. Surfers thus more or less cooperate in wave sharing from a “democratic” kind of accountability founded on common reason.

Gray areas are in steady abundance, with the tide changing or the crowd thinning or thickening, so there’s ample room to cheat, skulk, or back paddle. The rewards are considerable: you score more and better waves than you could otherwise attain if you chat someone up while secretly doing quick-kicks under the water to vie for choice positioning, so as to smile and bolt for the ideal position as a good wave rolls in. And what would keep a surfer, of all people, from exploiting easy opportunities?

The answer is that the burned surfer will become pissed and object. Which is to say: there’s a high risk of being held accountable for one’s misconduct. The surfing lineup is a case of “spontaneous order,” but not in the market variety that Nobel Laureate libertarian economist F. H. Hayek celebrated. It’s an emergent social practice, which no one formally agrees to but nearly everyone follows, for the management of a common pool of resources, in this case waves.2 Surfers thus more or less cooperate in wave sharing from a “democratic” kind of accountability founded on common reason.

In Leviathan, one of the three great works of political philosophy of all time, Thomas Hobbes claimed that peace depends on rule by an Absolute Sovereign (like the British monarch of his day).3 The Sovereign’s main qualification is his awesomeness. As a result of his god-like power to “over-awe” all who might contravene his commands, we each enjoy certain assurances: if someone is tempted to kill me, I know that he knows that the Sovereign will be coming after him. I can trust his prudence, and go about my business. But if I can’t be assured the law will actually be enforced, then the fact that you don’t know someone is coming after you doesn’t mean they aren’t. Or just as bad, some person might be thinking that I am coming after him, and decide that he’d better try to get the jump on me while I’m sleeping. And of course if I can predict that some guy is thinking this way, then I could prudently do a preventive strike while he is sleeping. But of course he’ll also predict that this is my thinking, in which case…neither of us will rest peacefully.

Surfers are conservatives, not for any caution in the face of death, but for love of the familiar ordinariness of civilized life and the hope of enjoying it for longer.

And without the peace of assurance, none of us enjoys the trusty regularity needed for ordinary arts, letters, science, and industry—a condition that inexorably unravels into a hellish “war of all against all,” each killing or being killed, while striving for his or her own preservation. With neither the surplus resources nor the time for science, art, letters, or sport, no one rests and no one surfs, and “the life of man is solitary, poore, nasty, brutish, and short.”

There is virtue in surfer adaptability, but if society did suddenly unravel, someone who adapted too handily, discovering a Lord of the Flies type ruthlessness in his depths, would be more like a sociopath who finally has his chance to kill with impunity than your ordinary joyous surfer who adapts in the trusty normality of peaceable everyday cooperation. Surfers are conservatives, not for any caution in the face of death, but for love of the familiar ordinariness of civilized life and the hope of enjoying it for longer. Hobbes’s war is gnarly and terrifying—but this is not the sublime gnarliness whose appreciation affirms the simple beauty of ordinary life.

If one can conjure up images of the “surfer hippie,” “surf Nazi,” or even a “Hobbesian surfer” of Survivor-style cunning, these are rare birds. After decades of observation, my firm, unscientific assessment of the global surf populace is that, while some of us really are irritating, dull, oblivious, lazy, self-centered, crassly hedonistic, in trouble with the law, or righteous with entitlement, the vast preponderance of surfers are relatively civilized.

Although surf culture certainly has some stupefying effect, for its mindless repetition of clichés and tolerance of dopey or schmucky manners, the especially grating types don’t seem to come in numbers out of proportion with the larger human miscreant population. So if you have a low view of humanity, you could count surfers as a relatively wonderful sub-group. We compare favorably with all the egoistic politicians, celebrities, professional athletes, bankers, CEOs, or professors. We are certainly far less flawed than the privileged types who think driving a luxury car means not having to yield to pedestrians at a stop sign. At least in the shifting social dynamics of the lineup, even the stereotypically oblivious surfer is less an idiot than an idiot savant. In certain surprising ways, he’s attuned.

If you have a low view of humanity, you could count surfers as a relatively wonderful sub-group.

Surfers do occasionally fight. More often we quarrel, and the interesting question is why the quarrels don’t lead to more violence. For the fact is that surfers never descend into Hobbes’ all-out war. At such time as two surfers are about to brawl, the others usually work together to contain the dispute. A third party may intervene to make peace, while the rest of us dutifully keep it civil, cursing under our breaths about how crowds suck. This mainly works beyond the watch of law enforcement, so it seems Hobbes was wrong that stable order could last only in the shadow of the state.

Even in “ungoverned spaces” in or around developing countries, where the rule of law is generally weak (e.g., in parts of Nicaragua or Indonesia), surfers handle things ourselves without devolving into kill-or-be killed anarchy.4 In the advanced countries, when fights do go down in the water or on a remote beach, people often won’t call the cops or take matters to court. The laws of wave etiquette are enforced, but in personal, decentralized forms of enforcing accountability.

For its lack of any centralized government, the surfing lineup is less akin to the domestic state than to the “anarchical society” that is international relations. There isn’t, and most likely won’t ever be, a global Sovereign government. But with various important exceptions, states more or less cooperate. They follow international law and practice in part for their shared ideas and willingness to complain, reason together, discuss, trust and verify, and work out their issues under common public norms and value—all without the formalities of voting and well before talk of war or sanction.5

So it seems Rousseau was right, and Hobbes mistaken, about the human disposition to cooperate rather than fight. The crowded surfing lineup can be hellish. It is only because surfing is completely wonderful, especially at the best waves, that one can bring oneself to accept that, yes, alas, conflict is just a part of sharing a treasured common resource. It isn’t just that society becomes the unfortunate price of conveniently getting a good wave. The practice of wave etiquette also has its own value, as the basis for cooperative peace. In J. S. Mill’s phrase, it brings its own kind of “unity with our fellow creatures,” and so, often, easy feelings of bonhomie.

From the Book: Surfing With Sartre by Aaron James. Copyright 2017 by Aaron James. Published by arrangement with Doubleday, an imprint of The Knopf Doubleday Publishing Group, a division of Penguin Random House LLC. Pick up a copy here.

1. This is the guy (they are mainly men) who takes special advantages in cooperative life out of an entrenched sense of entitlement that immunizes him against the complaints of other people. The “special advantages” here would be easy right-of-way; you get whatever wave you paddle for, because people steer clear. See Assholes: A Theory (New York: Doubleday, 2012).

2. Elinor Ostrom won the Nobel Prize in Economics for her study of “common pool resource” schemes worldwide, in fisheries or forests or even international relations (e.g., the successful Montreal Protocol manages the ozone layer by regulating standards for chlorofluorocarbon usage).

3. The other two greatest books ever are Plato’s Republic and John Rawls’s A Theory of Justice, at least according to the late G.A. Cohen, a fierce Marxist-turned-socialist critic of all three.

4. One village in Nicaragua close to quality surf breaks does have a murder culture, though I wasn’t told that it seeps into the water when I was taken through the village harbor on the way to the waves. An even larger murder culture in nearby Guatemala is found in a city inland. 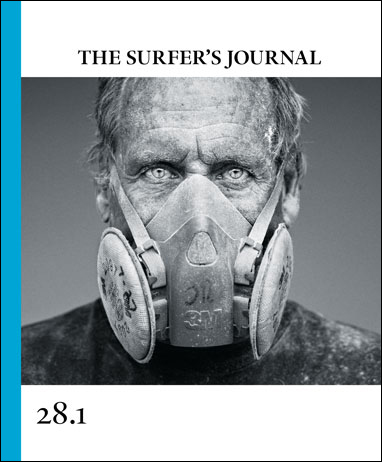