Single-fin hard jibes. Surf mat speed lines. The Wizard Hynd. For the last decade and through half-a-dozen independent surf movie releases, Jack Coleman has occupied a position of synthesis among some of surfing’s most creative, aesthetically poised, and conceptually re-inventive groovers and shakers.

“Applying tints and animation to inventive perspectives,” writes Dodge Weirath in his profile of the filmmaker in TSJ 28.4, “Coleman loosely ties image and sound, allowing psychedelic tracks to bridge separate segments, which breaks viewers’ expectations of how a surf movie should be made. Whereas other filmmakers display only the best waves, Coleman’s debut movies present an unprecedented yet tasteful exposition of reality. Not every wave is perfect, not every surfer shreds all the time. Searching for trim is a storyline in and of itself in his films, and one all surfers can relate to.”

In this 3-minute highlight reel, the filmmaker provides full lo-fi motion to his still frames featured in the new issue of TSJ. To learn more about Coleman and his work, and to see his motion films peak moments frozen in time on ink and paper, pick up your copy of 28.4. 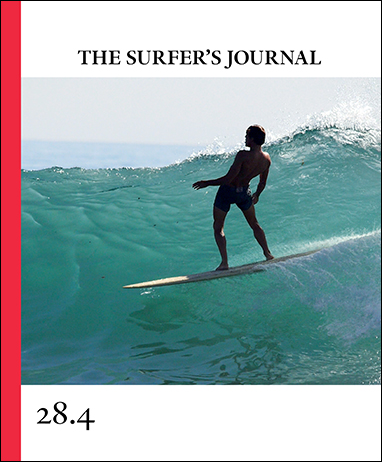