In TSJ 29.1, author Nathan Myers gives longform treatment to the story of the making of The Drifter, Rob Machado’s 2009 biopic centered on a nine-month stretch the surfer spent wandering around Indonesia. Stricken by production issues and the personal struggles of its star, the film was disaster-ridden to say the least.

TSJ recently sat down with Machado to revisit The Drifter and get his take on his favorite section of the film (including footage that ended up in the bonus film, Melali.) While the film fell flat in many ways, the surfing sure does hold. 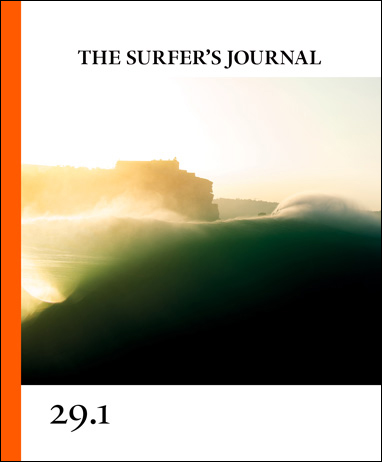 Get your copy today to read the full article.